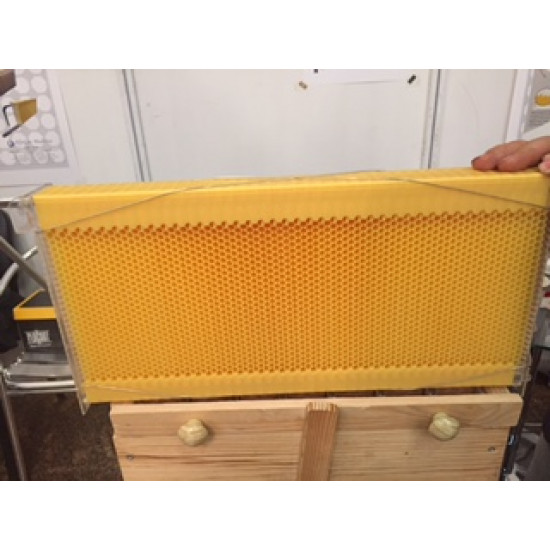 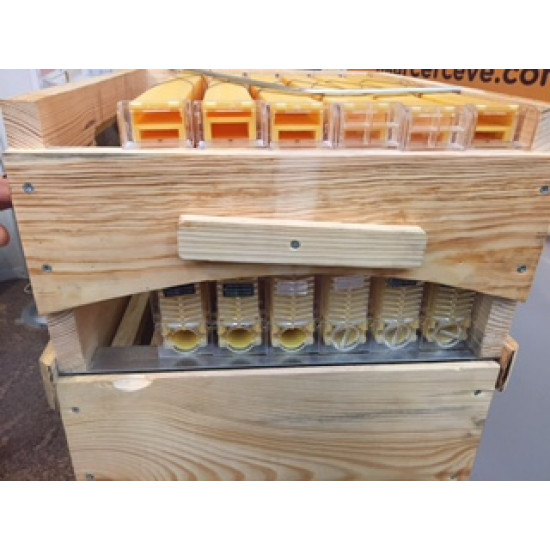 How does the system work?Intelligent invention is possible thanks to the specially designed bee pellets. The honeycombs are made in part, and the remaining cells are completed by bees with honey. What is most interesting is the opening of the cells by turning a thin pipe inserted from one side of the beehive. This pipe carrying the key quality is turned by 90 degrees and the cells are opened and honey starts to flow. Thanks to the channel system placed between the cells, honey is being collected in one place. Just like the water that came out when you opened the water fountain. The honey flowing from the faucet placed in the bottom of the beehive fills the kavano itself. Thus the invention of the beekeepers saves a lot of trouble and at the same time the honey bears are saved from being disturbed. After the honey intake is over, the key tube can be turned back and the honey cells can be closed and the bees can complete the cells themselves and fill the honey. In the promotion, the new product is described as the imaginary of beekeepers. Many beekeepers who test this can not hide their amazement by saying, "This is really a revolution." The Australian beekeepers plan to go through mass production by spreading the prototype hive in aggregate quantities.The father and son, who went out of their way to question "Can we make beekeeping without opening the hive?", Tried the new hive model they designed. The design allows the honey in the hives to be picked up whenever and where desired by a faucet system. Apart from this, the inside of the housing can be continuously monitored from the outside. In general, there are 8-10 honeycombs in a coke. On the front of the made bucket, a hole with a cap allows the condition of the bees and the amount of honey to be seen and controlled. It is always possible to follow when the honey is ready for take. For each honeycomb, there are separate taps that can be closed when needed. Inventors, a bucket 20 kg. Honey. Over $ 6 million has been raised in the campaign launched at Indiegogo for the production of the new beehive model designed by Cedar Anderson and Stuart Anderson. In fact, the father and son were targeting $ 70,000 in 42 days, but the invention would have attracted a lot of interest in beekeepers and environmentalists around the world, and support from all four sides. The campaign continues until April 5th, with all the help.