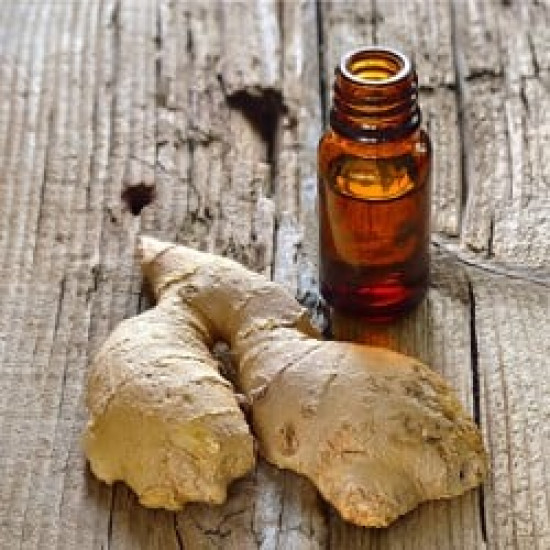 Ginger, scientifically named Zingiber Officinalis, is an evergreen plant native to Asia. Its therapeutic action has been known since antiquity. In ancient Chinese medicine we find it in texts over 2,000 years old, while the Romans knew and appreciated its medicinal properties.

Ginger essential oil is obtained by steam distillation of the roots of the plant and has a pale yellow to greenish color and a warm spicy, woody aroma. The main molecules of its chemotypic composition are Sesquiterpenes: ginger, γ-bisabole and α-curcumin, substances with anti-inflammatory, analgesic, tonic and aphrodisiac action.

Ginger essential oil contributes significantly to the treatment of inflammation and infections of the upper respiratory tract. Use it in steam inhalations, to fight colds, coughs, sore throats, as well as in cases of voice loss. Due to its heating and analgesic action, it is excellent in massage oils, for the relief of tired muscles, while it is especially useful for arthritis pains, rheumatism and sprains. In addition, it is ideal for combating nausea and vomiting, and as it does not cause side effects to the fetus or mother, it is highly recommended for the first months of pregnancy. It also helps prevent nausea for travelers, and is considered a very good supplement during chemotherapy for cancer treatment. Its aphrodisiac action creates an atmosphere of sensuality, which is why it is widely used in erotic and relaxing massage mixtures, as it neutralizes coldness, indifference and impotence, while at the same time, it has the ability to have a therapeutic and detoxifying effect on the skin, rejuvenating and rejuvenating. Due to its tonic effect on the blood circulation, it effectively helps in the fight against cellulite, while its contribution to the toning and strengthening of the hair is also important. Finally, it stimulates mental activity and enhances memory, concentration and self-confidence.

Non-toxic, but requires caution if used by people with sensitive skin.